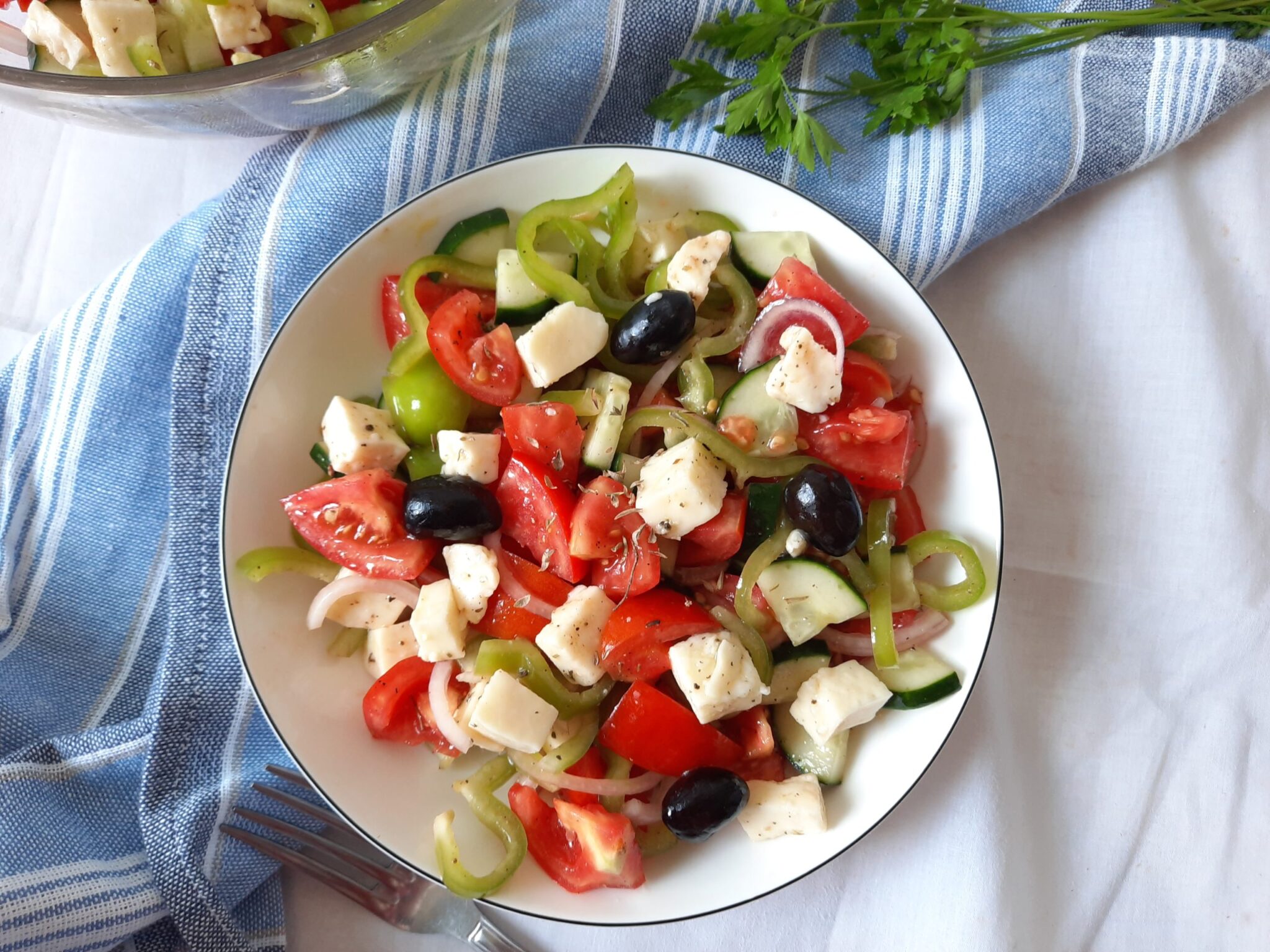 Horiatiki Salata or Greek Salad is a common component of a Greek meal and is typically composed of firm red tomatoes, crisp cucumbers, slices of onion, black olives, creamy feta cheese, dressed in olive oil and sprinkled with salt and dried oregano. This salad is a fresh summer salad, easy to make, deliciously fragrant, and healthy.

Greek Salad or ‘Horiatiki Salata’ (Χωριάτικη Σαλάτα), which means village-style or peasant-style salad (Horio means village in Greek) is a salad of a Greek origin.

The origin of salads, in general, starts with Hippocrates, the ancient Greek Father of Medicine when he advised patients to eat more raw vegetables to aid digestion.

The exact origin of this salad is debatable, but one thing can be sure is that the Horiatiki Salata was not really part of the country’s long-established traditional cuisine, since tomato did not become popular and started to be integrated into Greek recipes until the end of the 18th century, when the first tomatoes were first grown on the island of Syros, then in Santorini.

The Greek salad was traditionally eaten by Greek farmers, for whom the fresh salad ingredients were available.

A Greek salad is easy to prepare but it all comes down to using the best and freshest ingredients:

The tomatoes and cucumbers should be cut in fairly large chunks, not small cubes.

Before serving, put the salad in the fridge for a while. This will keep it cool, and the vegetables will marinate and diffuse their aroma in the oil, giving it an excellent taste.

Since the salad contains salty ingredients (feta, olives), and vegetables with a strong taste (onion, pepper), it would be good to add just a little salt.

The greek salad is considered as a full meal. It can be served with a good old crusty Greek-style bread.

There are a number of versions for this fresh and healthy salad across the Mediterranean countries: 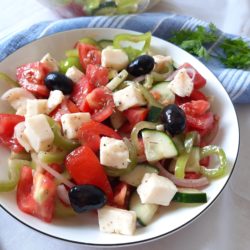 Feta Fresh Greek Salad Summer tomatoes
You May Also Like