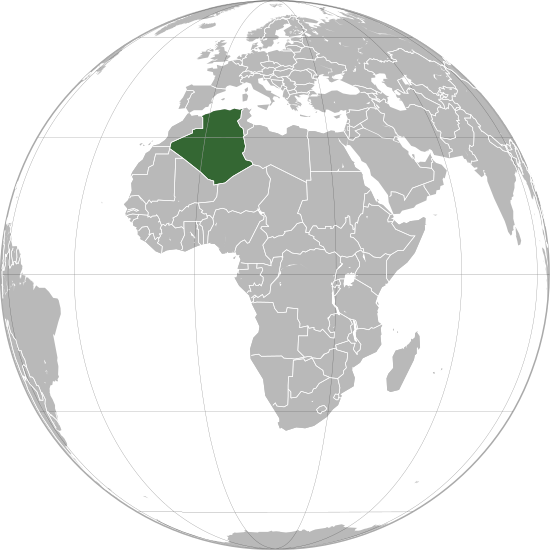 Naturally, we’re going to start our culinary discovery by testing recipes from our own country which is Algeria.

Algeria is a country in North Africa on the Mediterranean coast. The capital and most populous city is Algiers, located in the far north of the country. With an area of 2,381,741 square kilometers (919,595 sq mi), Algeria is the tenth-largest country in the world and the largest in Africa. Algeria is a semi-presidential republic consisting of 48 provinces numbered from 1 to 48.

Due to its location and its vast surface, Algeria is very rich in resources and cultures. We live in the north of the country more exactly in the city of Oran.

Through this challenge, we’re going to try to discover the different culinary cultures that persist throughout our national territory.

Algeria was influenced by many civilizations throughout the time. It has had people since 10.000 BC. This can be seen in Tassili National Park. By 600-BC, Phoenician created the big cities kiirta (Constantine), russicada (Skikda), hiporijos (Annaba ), ijijeli (Jijel), acosime (Algiers), ayol (Cherchel) saldai (bejaia), and tipasa. The first Muslim Arabs came to Algeria in the mid-7th century and the majority became Muslims.

In the 11th century, the Arab tribes of Banu Hilal and Banu Sulaym were installed between Tunisia and eastern Algeria (Constantois). The famous mathematician, Fibonacci (1170—1250) lived in Algeria as a teenager. It’s in Algeria that he learned the Hindu-Arabic number system and realized that it was simpler to use. Between the 1500s and 1700s, the Spanish Empire ruled much of Algeria. Then, in 1517 Algeria was made part of the Ottoman Empire.

Starting from 1830, Algeria was colonized by France and did not recover its freedom until 1962. In 1963 Ahmed Ben Bella became the first President of Algeria.

A large part of southern Algeria is the Sahara Desert. The Aures and Nememcha mountain ranges are in the north. The highest point is Mount Tahat (3,003 m).