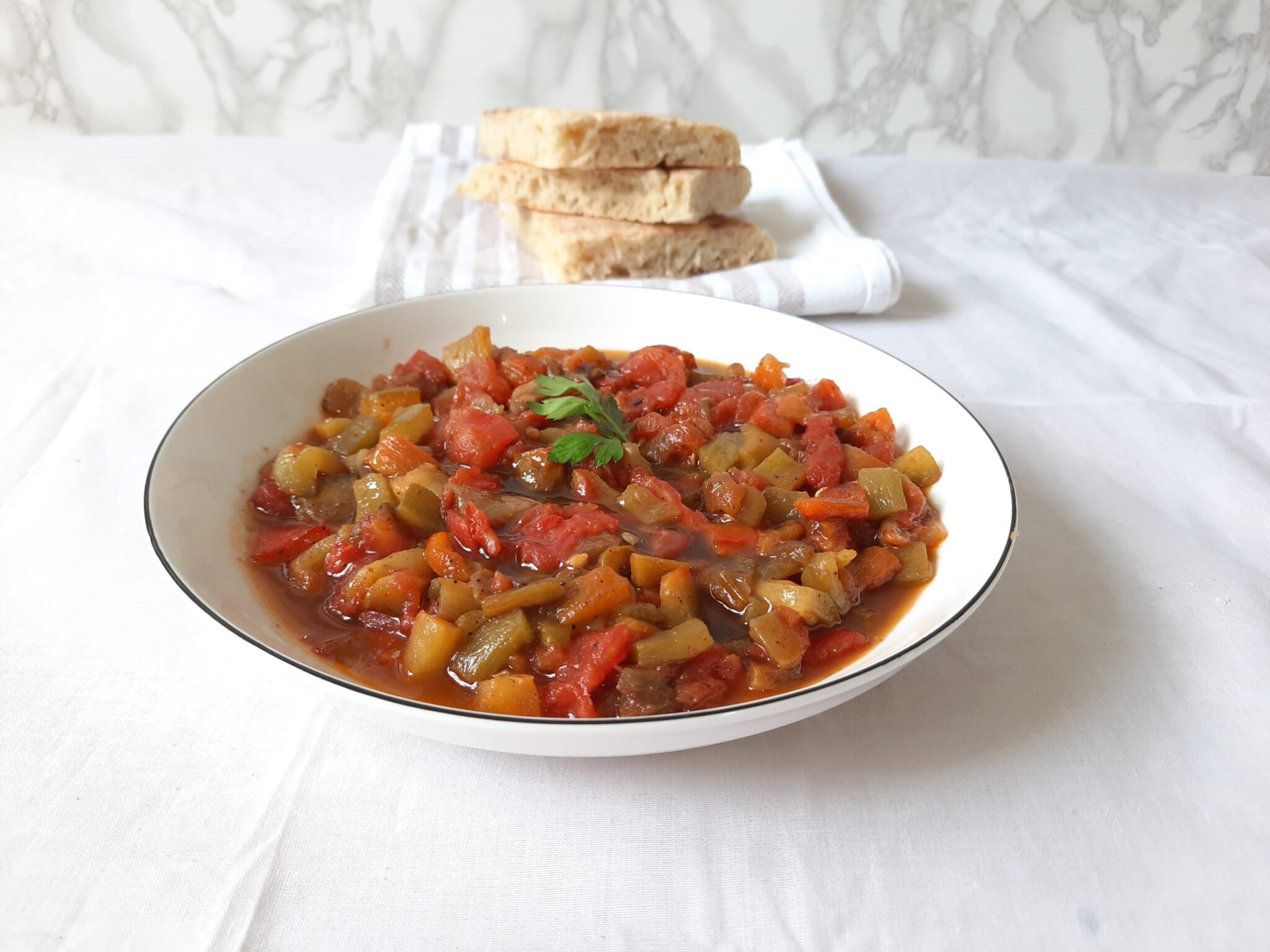 H’miss (hmiss, hmis) is an Algerian dish widely prepared in Algeria, with minor differences from one region to another. It’s a very simple, healthy, and above all tasty starter. It’s made of pepper (hot, sweet, or both), as well as tomatoes, olive oil, and salt.

H’miss is a sort of a dip made from grilled peppers and tomatoes, chopped, mixed and seasoned with olive oil. It is widely popular throughout Algeria and the Maghreb in general and has different names: hmiss, chleta (salad) in East Algeria, felfel b’tomatich (pepper with tomatoes), ifelfel (pepper) in Kabylia, felfla (pepper) in the western region, slata mechouïa (roasted salad) in Tunisia or taktouka (peppers) in Morocco,

Hmiss is very quick and easy to make. Originally, It was prepared all year round even if it was not the season of peppers. For that, after harvesting, the peppers were roasted by the housewives according to the rules of the art, cleaned, cut, and packaged in small packets so that it can be eaten throughout the year.

It’s among the most popular starters, especially during the month of Ramadan.

The peppers and tomatoes are roasted. Since their skins and thick fibers are not easily digestible, it’s recommended to remove them by peeling the skins, the white fibers inside the peppers, and all their seeds.

Peppers and tomatoes should be roasted, ideally on an open fire, to give them that inimitable smoky flavor. There are many other variations: steamed or pan-fried, but the most famous is el mechoui (grilled). Originally, most Algerian families roasted the peppers and tomatoes in the “quanoun“, a type of terracotta pottery filled with coals.

After roasting, place the peppers and tomatoes in an air-tight container: the skin will be easier to remove.

Never wash the peppers and tomatoes, so it does not lose its smoky taste.

It can be served warm or cold. It’s ideally enjoyed with a good homemade bread such as kesra (flat bread), matlouh (bread) or a Kabyle flatbread called arhlum (or aghroum). Among Jews, this salad is often present at the Shabbat dinner tables. 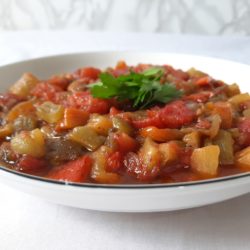 Brownies 🇺🇲🇺🇲❤❤❤ Anything is goo

Dalgona coffee 🇰🇷🇰🇷 I measure out my l