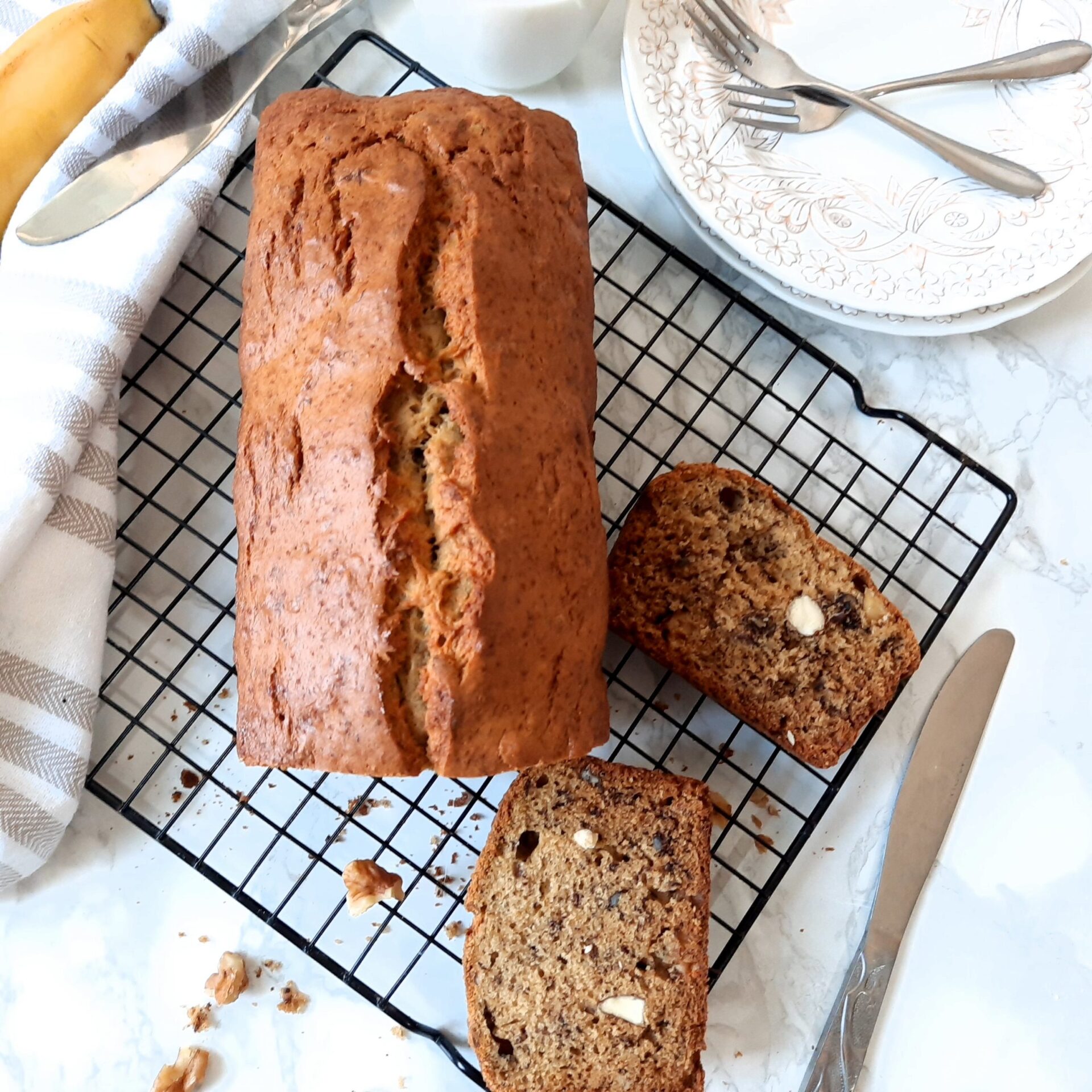 Banana bread is a sweet moist cake made from mashed bananas. It’s one of the American favorites since it’s among the most searched recipe on the web. Try this basic and simple recipe to taste an incredible treat full of flavor.

The first loaves of bread probably originate from Neolithic times, some 12,000 years ago and sweet nut bread was already eaten by the ancient Roman and Greeks.

Bananas have been around since the beginning of time but they originated in Southeast Asia (probably on the Malaysian archipelago) and spread from India to the Philippines, New Guinea, etc. It was cultivated by about 2,000 B.C., but wheat was unknown there, so bread was not part of their culture.

So who decided to combine these two foods? According to the food historians banana bread, as we know it today, is relatively recent in the USA. The earliest recipe of “Banana bread” is dated to 1849 and “banana cakes” were composed of sliced banana as either decoration or filling. Banana recipes began showing up in popular American Cookbooks in the 1880s.

The banana bread became spreading by 1920 and some historians suggest that the mass production of baking powder and baking soda played a major role in it. As a solution for the overripe bananas with the availability of baking powder & soda, many cookbook writers tried to create recipes for a “quick bread” that did not require yeast.

To bake a perfect Banana Bread, here are some of our tips : 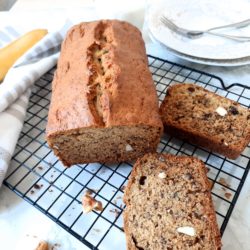