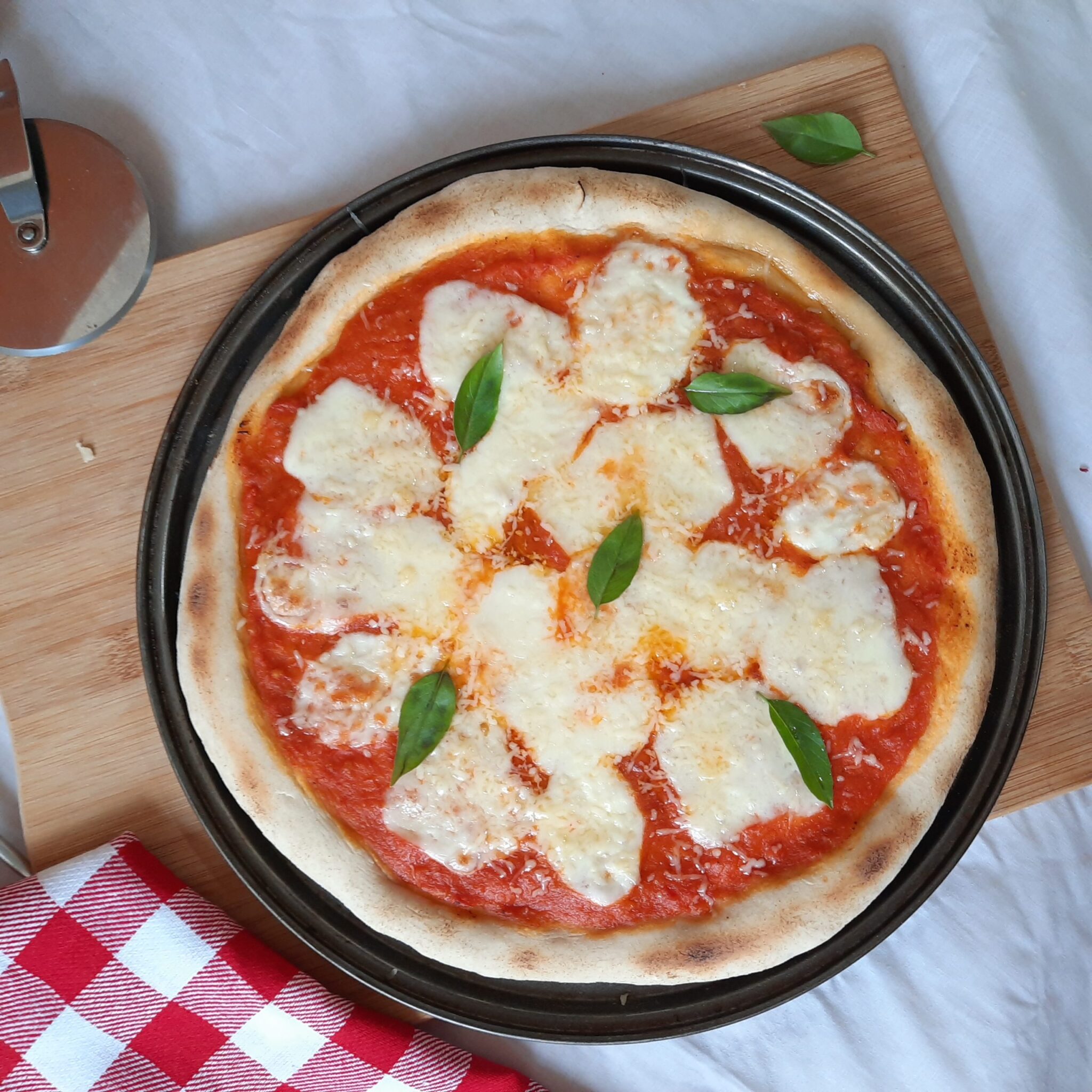 The word “pizza” appeared in 997: it designated then fouace and galette in medieval Latin. But it is in Naples, in the 16th century, that it is attested in its current sense.

The original pizza was a dish of the peasants, sold by the traveling counters or directly in the street. It was a simple bread dough on which was spread anything, and very often leftovers … So pizza was absent from Italian cookbooks for a long time due to its reputation: she was not considered noble.

In June 1889, to honor the Queen of Italy, Marguerite de Savoie, visiting the city of Naples, chef Raffaele Esposito, decided to create a special pizza. He baked his dough in the oven and completes it with tomatoes, Mozzarella cheese (an ingredient absent from the original recipe because it was too expensive for the peasants), and fresh basil. The colors of the Italian flag are therefore represented: green, white, and red. Esposito created three very different pizzas for that event, but the Queen particularly appreciated the one with mozzarella and tomato, which from then on, in her honor, was called Margherita. When it was rumored that it is the sovereign’s favorite dish, the pizza becomes more popular among Italians and ceases to be frowned upon.

Since then, the culinary tradition of Margherita pizza has spread around the world. It has become one of the symbols of cultural globalization.

First of all, always use ingredients excellent quality:

The step of shaping the dough is very important because in addition to giving the final shape to the pizza, the air that is contained in the dough is pushed towards the cornice, with a double function: to make this increase more in volume and avoid the formation of air bubbles in the central part of the Margherita pizza. The original recipe does not allow the use of any tool at this stage, such as rolling pins or a disk press machine. This procedure will be carried out on a pastry board (covered with a veil of flour) using the fingers of both hands, with a movement that pushes the air contained in the dough to the edges, then pressing and rotating several times to obtain a uniform result. Keep in mind that the central part must be no more than half a centimeter thick (1/4 in), while the edge must be between 1 and 2 cm high (0.5-1 in), and the diameter of the pizza is around 30 cm (12 in).

To have a crisp crust avoid putting a thick layer of tomato sauce and if the used tomatoes are too acidic, add 1 tsp of sugar.

The authentic Margherita pizza is cooked in a wood oven at a temperature of about 485°C (905°F) for about 90 seconds. Since we didn’t have a wood-fired oven, we cooked it in an electric oven. A little tip is to cook it into a very hot oven so before cooking, preheat the oven at 250°C (480°F). The result will be good but it cannot be the same as with a wood oven. Remember also to check the cooking and turning the pizza from time to time to cook it more evenly. 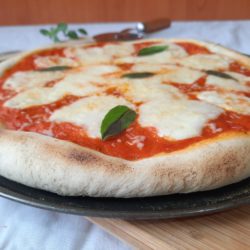