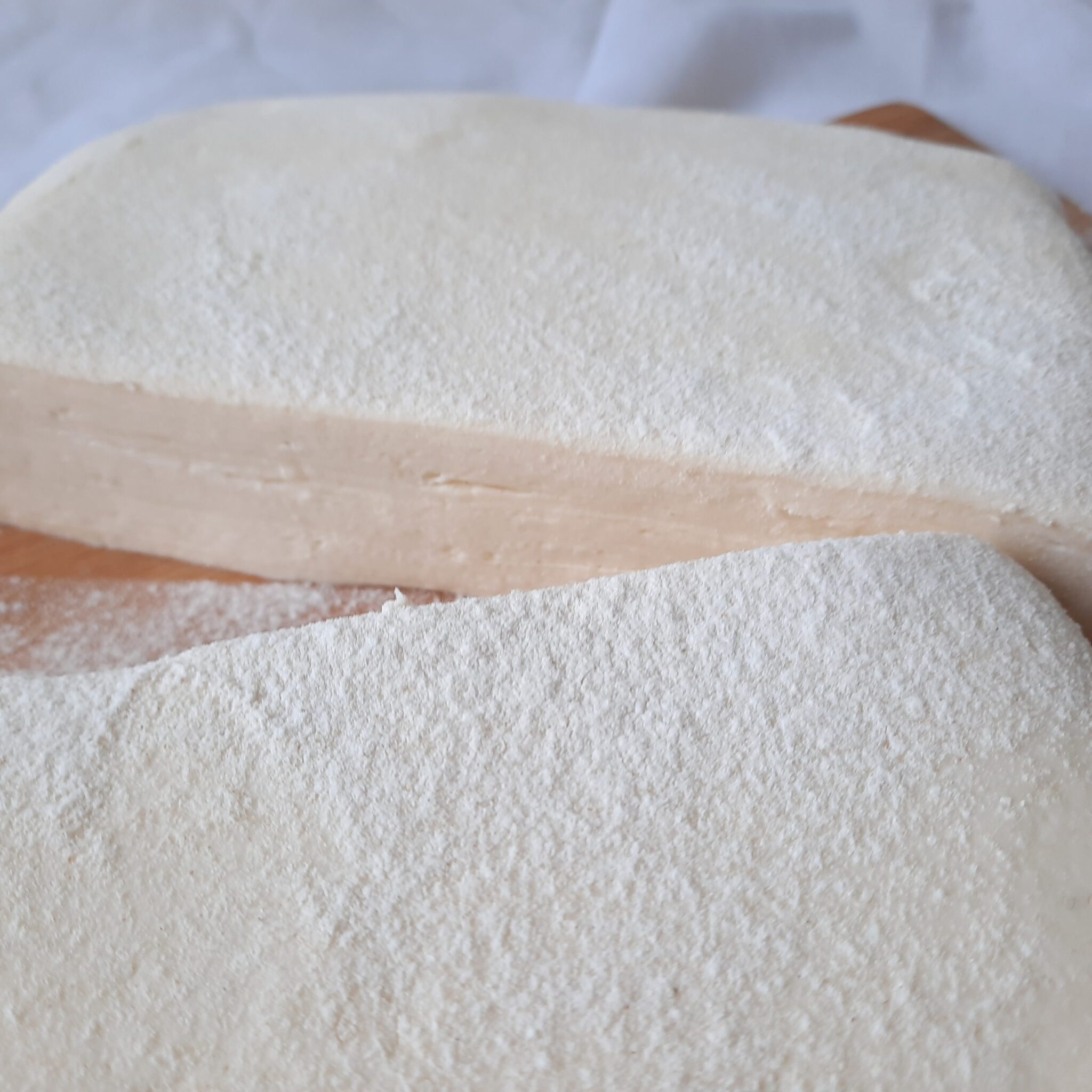 Puff pastry a flaky type of pastry that can be used in many different ways. It’s obtained by successively folding layers alternating a basic dough (flour, water and salt) and a fat (oil, margarine or butter). Here’s everything you need to know to make puff pastry from scratch.

the origin of puff pastry dates back to Antiquity and among the Greeks 2000 or 3000 years ago (we don’t know exactly). It was very thin crispy pancakes placed on top of each other and separated by a thin layer of cream.

This puff pastry was discovered by the Romans during their conquests. It was then used in Byzantium which was conquered in 330 AD and renamed Constantinople (present-day Istanbul) and was quickly adopted by the Arabs. And so it was in the 9th century, that it arrived in Spain and in the south-west of France: pastis, croustade, pastilla are its distant descendants.

Two centuries later, the puff pastry took another route, still from the Middle East. The Crusaders introduce it to France while the Turks implant it in Austria, the country they invaded.

The techniques were then transmitted orally for centuries. It was not until 1604 and the publication of the first cookbook, the Kitchen Opening by Lancelot de Casteau, master chef of the princes of Liège, that the first written record was obtained. The puff pastry was obtained by folding a dough roll and no longer by piling up sheets on top of each other and was mentioned for the use of pies. The tempera was made from “the whitest flour you can get”, eggs and a little butter. No quantity was specified. Who had the idea, before, to perform these folds? Nobody knows.

Another mystery exists as to the butter enclosed in the dough. It would be the painter Claude Gellée, known as Le Lorrain (1600 – 1682) who would have invented this process. At 12 years old when he was an apprentice, he wanted to make a special bread for his sick father forced to a special diet based on bread and butter. He put pieces of butter in a ball of bread dough. It was a failure. He started again with a bread dough which he decided to fold over several times on a layer of butter to make it disappear. Once baked, he got a very puffy bread and when he cut it, he discovered leaves inside. Without knowing it, he had invented Dutch puff pastry, now called quick puff pastry (flaky pastry).

The tourage – the name of the folding technique specific to puff pastry – will be better specified and perfected a few years later by M. Feuillet, the pastry chef of the Prince de Condé, in his “Pastry chef royal parisien” published in 1810. Antonin Carême (1784 – 1833) refined the technique of lowering, folding and turning the dough several times. This turning, known as 5 turns, gives 730 dough sheets interspersed with 729 sheets of butter, or 1459 sheets of dough and butter superimposed on each other! The steam in the water contained in the butter then causes the dough to rise when it is cooked while the latter liquefies, preventing the dough leaves from sticking together.

The preparation of the puff pastry is cariied out down into 3 steps:

Here are some tips to make a successful puff pastry:

The puff pastry is very versatile and can be used in so many ways, both sweet and savory: desserts, pies, cakes (mille-feuilles, jalousies, turnovers, Jesuits …), savory tarts, pizza, … 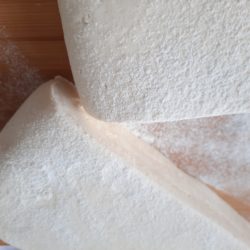