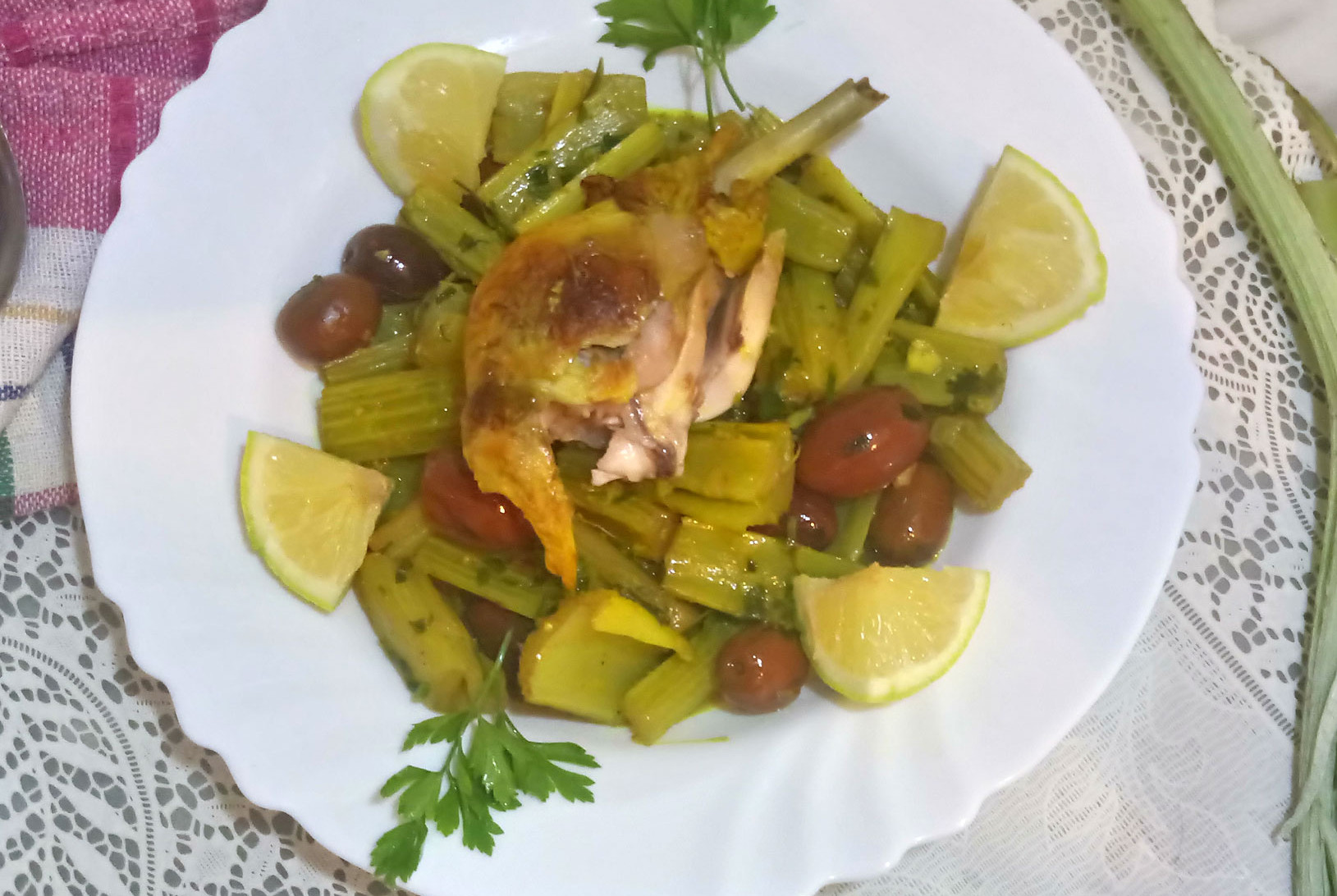 This dish is based on Cardoon, a low calory plant that tastes like an artichoke. It’s prepared as a tajine with chicken and kalamata olives.

We continue our challenge, this time with the wilaya of Tlemcen.

Tlemcen, also spelt (since 1981)Tilimsen, is a city in north-western Algeria, and the capital of the province of the same name. Tlemcen is close to the border of Morocco, and represent one of the most beautiful towns in Algeria. It is backed by the cliffs of the well-watered Tlemcen Mountains and overlooks the fertile Hennaya and Maghnia plains. Lying at an elevation of 2,648 feet (807 metres), Tlemcen is located sufficiently inland to avoid the humidity of the Mediterranean Sea coast but is near enough to receive cooling sea breezes in summer.

It was a little more difficult to find a typical dish of this city since it is near on the front of Morocco so, most of the dishes are common between the two regions with some small difference.
In our challenge, we wanted to prepare a typical dish of Tlemcen, one that cannot be found anywhere else. After several searches, we finally decided to prepare a tagine based on cardoons with kalamata olives.

Cardoons (also called cardones) are thistle-like plants, which grow abundantly in the Mediterranean and are usually in season from November to March.
It has a taste close to that of the artichoke and has the shape of celery. But unlike artichokes, it’s not the blossoms we’re after, but the stalks. Their delicate artichoke-like flavour is addictive.

The cardoon ribs are a very low caloric food (13 calories per 100 g), but it is very rich in fiber and represents a significant contribution in potassium and vitamin B9.

The cards are prepared with kalamata olives: a large red golden purple with a smooth, meaty texture and a strong fruity flavour, named after the city of Kalamata in the southern Peloponnese, Greece. They are more bitter than the black olives, but they are brined in water, salt, and red wine vinegar, which mellows their bitter cock and softens the flesh. The olives are a bit salty, so for the recipe, we bleached the olives 3 times by putting them in cold water and bring it to a boil then change the water for 2 more times.

For the region of Tlemcen, they usually use mutton meat. For a less fat dish, we have prefered to use chicken. 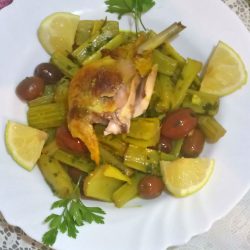